Unexpected Google Streetview sights, an Olympic soundtrack and a Projector camera toolkit are all part of this week’s roundup from NOTCOT.org. To find out more about each post, click on its individual image.

60 Years of the Mercedes-Benz SL in Movies 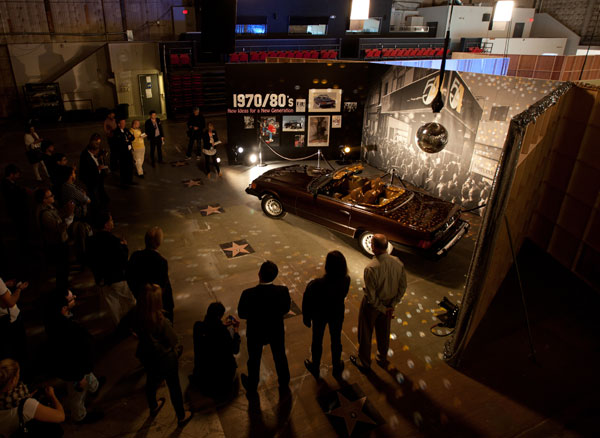 Oscars are this weekend, and to celebrate, Mercedes-Benz have us playing in Hollywood to celebrate the 60 years of the SL… which has been featured in more movies and tv shows over the years than i could imagine! (Don’t worry, there’s a massive “selection” listed on the next page!) To catch us up on the history in person, we headed to Warner Brothers’ studio to see the SL@Hollywood exhibition taking us through the decades, which was popped up in one of their warehouses… complete with hollywood stars on the ground highlighting films the SL has been featured in. Take a peek at the fun exhibition and stunning cars on the next page… 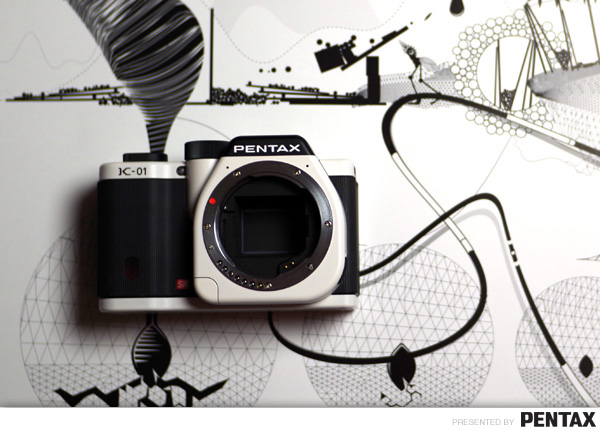 Thank you, Pentax for sponsoring us to play with your awesome new Marc Newson designed K-01! This is the first in a few posts of our experiments with it ~ first up the UNBOXING of course!

Ok, so i’m sure you’ve seen this camera floating around all the design/tech sites. The new Pentax K-01 been hard to avoid… after all, it’s a new hybrid of dslr-like cameras ~ mirrorless, yet uses most of the Pentax lens line up ~ it has a 100-25600 ISO range, shooting amazingly in the dark ~ it even does HDR IN CAMERA ~ shoots 1080p video ~ oh, and it’s designed by Marc Newson. He even designed the super crazy thin pancake 40mm lens that goes with it! Ready to take a peek at our first look? To the next page! 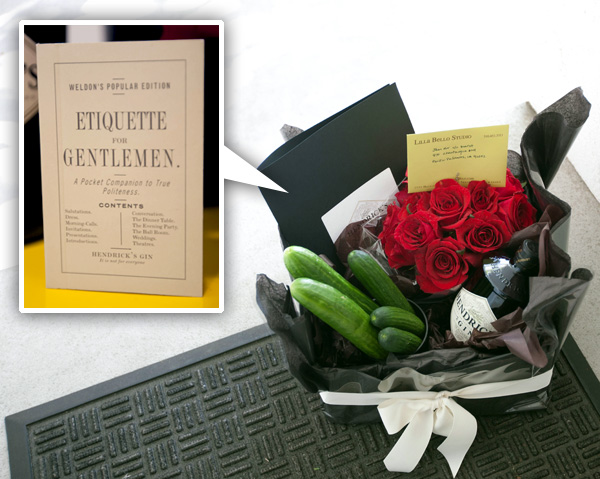 It’s not everyday that you wake up to a doorstep with a basket of cucumbers, roses, and gin. Hendrick’s Gin of course… they are calling it “a most unusual bouquet for a most unusual occasion” as “The World’s Most Peculiar Gin Makes Fitting Arrangements to Celebrate Leap Day”… to celebrate the rare 29th of February, they’ve sent a fun arrangement of roses and cucumbers and the recipe for a Scarlet Petticoat! Take a peek at it all on the next page… 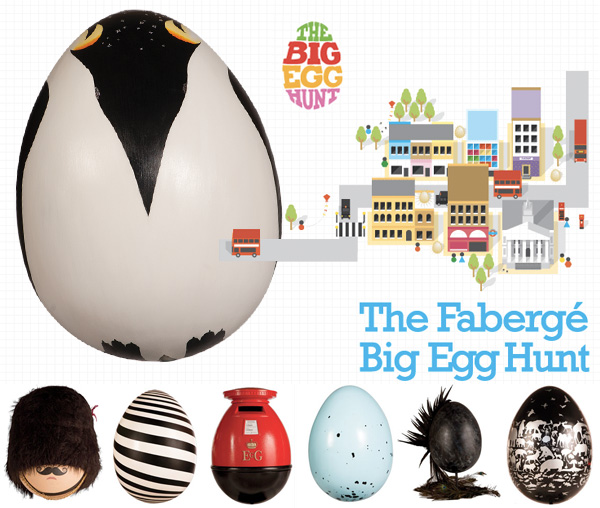 London has become home to over 200 eggs as part of The Big Egg Hunt presented by Fabergé. The eggs created by leading artists, designers, architects and jewellers scattered throughout London in 12 “zones”. The record-breaking egg hunt raises funds and awareness for the charities Action for Children and Elephant Family, through souvenirs (see more on the next page!) as well as auctions of the eggs themselves. Egg hunters can text the code associated with the egg they’ve found for a change to win The Diamond Jubilee Egg. Great way to raise awareness and a wonderful excuse to get out and explore the city!

In addition to the many beautiful eggs, we also love the identity and branding work for created by our friends at Fallon (remember the white rabbit Syfy campaign and sony playdoh bunnies?). Check out more photos of the lovely identity work and of the hunt including our own finds, the Big Egg Shop at Selfridges and some of our yet-to-be-spotted favorites on the next page! 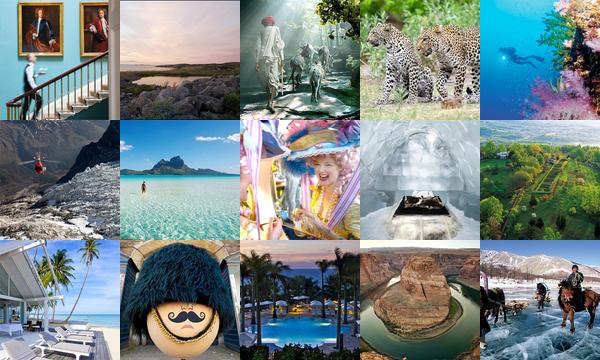 Country houses in Ireland, diving in Fiji and a giant egg hunt in London are all part of this week’s roundup from NotVentures. To find out more about each destination, click on its individual image.

White-spotted Jellyfish at the Cal Academy 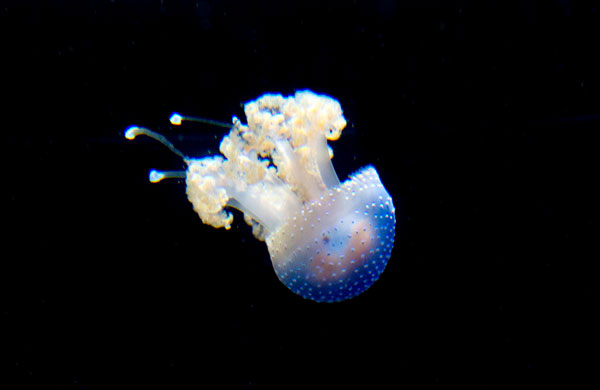 Another of my highlights at the Steinhart Aquarium at the California Academy of Sciences were these delightful jellies! The Australian or white-spotted jellyfish (Phyllorhiza punctata), are a beautiful species native to the Western Pacific ocean, but also found in North America, where they are an invasive species. See more jellies on the next page! 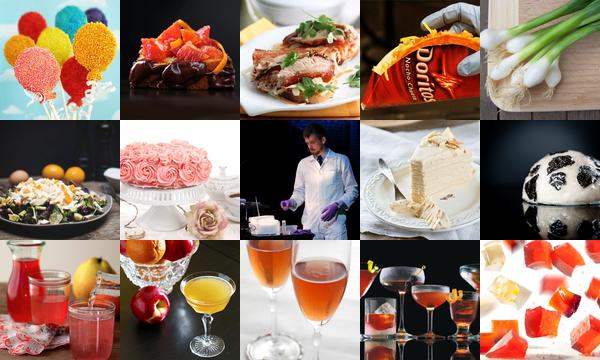 Bouncing jello shots, party balloon pastry pops and succulent roasted pork belly sandwiches are all part of this week’s mouthwatering roundup from Tasteologie and Liqurious. To find out more about each delicacy, click on its individual image. 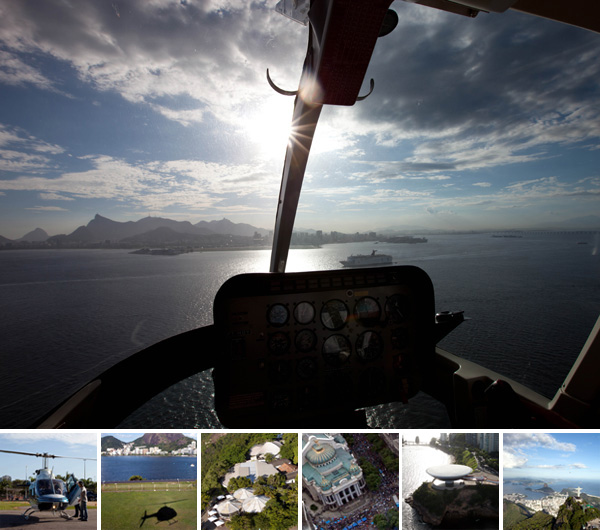 As this adventure comes to a close (about to head to the airport in a few for a day of GIG-JFK-LAX, hopefully home by weds afternoon) ~ had to share the views from helicoptering around Rio de Janeiro, Brazil ~ i’ve already shown you the aerial views of beaches and the Sambodromo… and there were SO many mesmerizing ones left, i’ve had the hardest time narrowing them down… so before i hop on my next plane, i leave you with a bunch of them to explore on the next page! It was AMAZING. I wish i could do it again ~ and again ~ and then heli-tour every city! But Rio was especially beautiful seen this way… so many incredible buildings and favelas mixed into the luscious greenery of Brazil… and the Corcovado! You can really see it just about everywhere! Take a peek on the next page… and perhaps i’ll add more details when i get back… 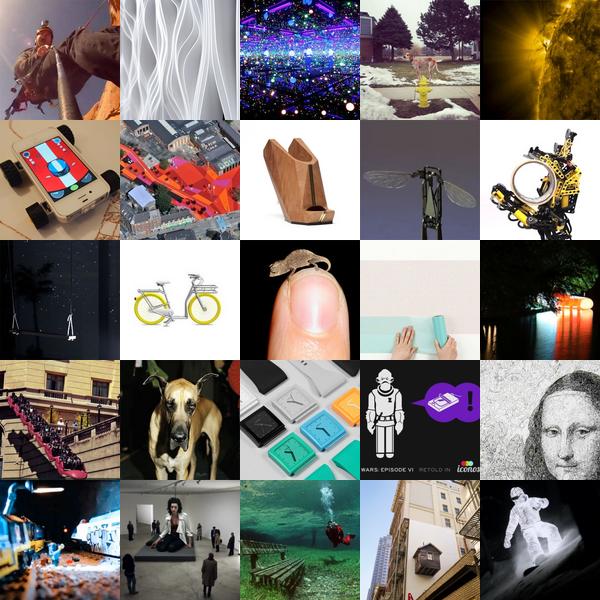 The world’s smallest chameleon, robotic monolithic bees and solar plasma tornadoes all feature in this week’s roundup from NOTCOT.org. To find out more about each post, click on its individual image. 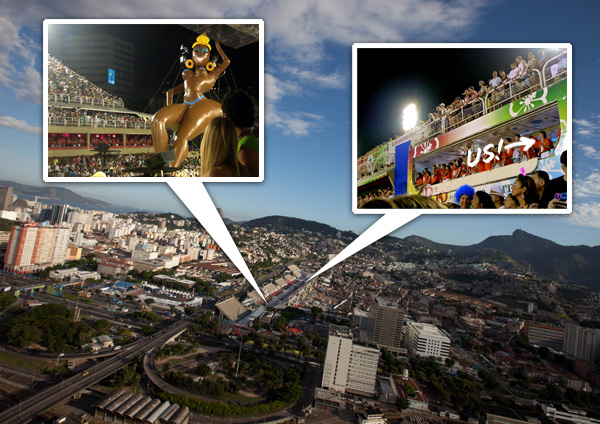 From 9pm to around 6am various scuolas perform hour long samba-filled parades rallying up the crowds down the Sambodromo for Rio’s Sambe e Carnaval - not one, but TWO nights in a row! As you’ve seen, our friends at Veuve Clicquot brought us to Rio to experience it their way… which included everything from the helicopter tour to VIP seats to watch these incredible parades! (Yes, all. night. long!) While pictures and videos can barely do the experience in person justice… also fascinating is the Sambodromo! I can’t stop staring at the pics comparing our helicopter fly over of the space to the hours of samba parade/dancing spectating we did! Take a peek at the fly overs, the viewing spaces, and a few random samba parade pics on the next page!

p.s.
According to wikipedia - “The Sambadrome (“Sambódromo” in Portuguese) was designed by Oscar Niemeyer and built in 1984. It consists of 700 m stretch of the Marquês de Sapucaí street converted into a permanent parade ground with bleachers built on either side for spectators.” 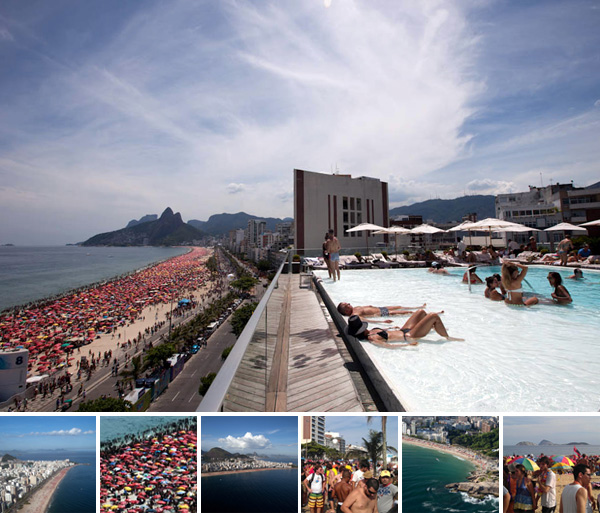 Still cleaning up photos (out of hundreds) between Rio madness with Veuve Clicquot… the beach during carnaval is insanity. So here’s a quick peek of pics of Ipanema from HELICOPTER… Hotel Fasano ROOFTOP… then from ON the beach. SO many people! And red umbrellas. And gorgeous weather… see it on the next page!

p.s. WAY more to come on the helicoptering. Absolutely stunning views which lead to FAR too many pics to figure out how to sort so far… 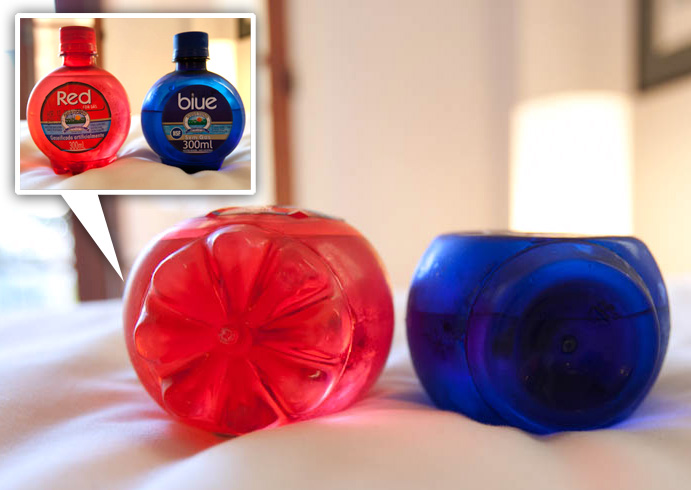 I’ve been obsessed with the adorableness of these little waters all over the hotel here in Rio. Aguas Ouro Fino ~ adorable nearly spherical little water bottles… reminiscent of the baby squid/octopi… take a peek at them on the next page! 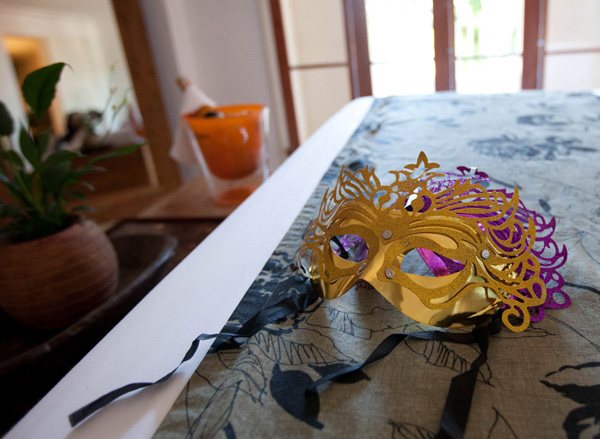 Apparently i didn’t even realize i needed a break until i landed in Rio after a long flight from NYC. And immediately we’re surrounded by music, fun, and incredibly happy people everywhere… not to mention endless Veuve Clicquot awaiting us at the Santa Teresa Hotel which will be home for the next few nights. Though i’ve only been here for a few hours… take a peek at the lovely room complete with hammock on the patio… and poolside drinks/lunch. The official launch party at the Copacabana is tonight, so i’d best run off and prepare… but had to share the relaxing fun and a peek down at remnants of street parades passing by next to us first! See it on the next page…

Brazilian eco-escapes, illuminated Jerusalem and the definition of first class travel are all part of this week’s roundup from NotVentures. Find out more about each post by clicking on its individual image.